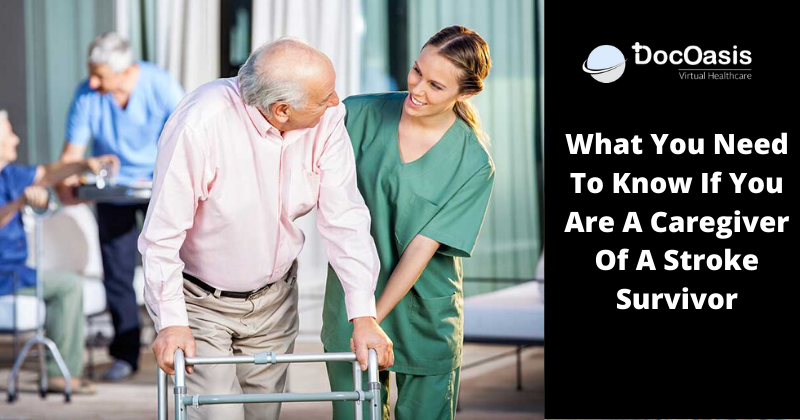 In our daily lives, we often hear our relatives or other acquaintances suffering a stroke. A stroke connotes a situation when there is a sudden disruption in the blood supply to the brain. Most strokes result from a sudden blockage of the arteries which lead to the brain. This condition has a better medical term. It is also known as an Ischemic Stroke. Some other kinds of strokes are caused by the bleeding tissues in the brain due to the sudden bursting of the blood vessels. This condition is known as the haemorrhagic stroke. Now, whatever be the medical situation, prompting the stroke, we have to opt for certain lifestyle changes to prevent or reduce the rates of occurrence.

How to Recognise the Signs of a Stroke?

Some other symptoms might also be attributed to a stroke attack. It includes complete paralysis of any side of the body, confusion, dizziness, problems with coordination and balance, dysphagia, loss of consciousness etc.

Many of us may attribute divine intervention or destiny to the occurrence of a stroke in our known people. We may also conclude that nothing could have been done to avoid it. But, are we aware of the fact that a stroke can be prevented by incorporating some healthy changes in our lifestyle?

One of the best ways to prevent a stroke is to make positive changes in our lifestyle. We can start eating a healthy diet, avoid too much drinking and smoking and exercise regularly to avoid getting affected by certain medical ailments. Often life gives a second chance and people might have recovered from a first stroke. Bringing about lifestyle changes is important for them, as well.

Our present-day lifestyle is in a great way responsible for a large number of medical complications we suffer from. When we bring about healthy changes in it, we reduce the risks of suffering from them. Strokes have become quite common and to reduce the chances of them affecting us or our near and dear ones, we should maintain a healthy lifestyle.

If you have any health queries related to Stroke Medicine, Geriatric Medicine, Neurological Diseases in the Elderly and General Medicine, or need medical information, please don’t hesitate to Ask a Doctor Online

Do You Know? Every year in US, 1 of every 20 adults receiving outpatient care experiences diagnostic error which can be either an inaccurate diagnosis or untimely diagnosis or failure to communicate a diagnosis to the patient. Diagnostic errors can cause serious physical harm, including death, either by a delay in appropriate treatment for a serious disease, or by provision of unnecessary, harmful treatments.

In a Mayo Clinic study, it is being found that

According to a study by the latest Global Medical Second Opinion Market report it is being found that considering there is an increasing need for improved diagnosis and treatment planning, as well as employer pressures to reduce financial healthcare costs, the need for second opinion is predicted to grow at an annual compound rate of 18.2% between now and 2024.

Second Opinions have proven to be a valuable strategy for reducing medication errors. Moreover, patients seeking second opinion could lead to quicker access to live saving treatment or prevent unnecessary treatments in a way minimizing the impact that could result from diagnostic error

What Is Medical Second Opinion?

Medical Second Opinion is the additional consultation taken by the patient after the primary diagnosis. A second opinion about your health situation from another doctor helps you to compare the advices provided by both the medical specialists. You feel more confident if the results are the same but with a different view you get to know different medical options available to your health condition.

When to consider a Medical Second Opinion?

But as a patient do you consider getting a medical second opinion? Sometimes it has been found out patients feel awkward as they think it might ruin the relationship between the patient and their primary doctor. But it is a common request. It is your absolute right to seek advice and be in charge of what happens to your body. Receiving the right diagnosis is a critical aspect of any patient’s healthcare

How Do I Get A Medical Second Opinion from A Doctor at DocOasis?

Step 1: Select How You Would Like to Book A Consultation Video/Online

Step 2:  Define Your Health Problems for Which You Need A Consultation

Who at DocOasis will provide Medical Second Opinion and on what Speciality?

Here at DocOasis, Dr. Dwaipayan Sen Consultant Stroke Physician from UK will be providing answers to medical questions and provide you second opinion on your current medical queries raised in the portal. The specialities are Stroke Medicine, Geriatric Medicine, Neurological Diseases in the Elderly and General Medicine.

Examples of Case Studies to see how people are helped with a medical second opinion.

Sometimes a story is not enough. We need to know the experiences people had with Dr. Dwaipayan Sen. Hence you can have a quick read here.

If you have any health queries related to Stroke Medicine, Geriatric Medicine, Neurological Diseases in the Elderly and General Medicine, and need medical advice don’t hesitate to contact us on [email protected]

Dementia is a neurodegenerative disorder where the brain gradually loses several aspects of its function. While the most common symptom is memory loss, there is gradual impairment of several other brain functions where often the person ends up being unable to look after his own affairs.

Dementia And Its Impact On Day To Day Activities

Tips For Family members and Caregivers for Patients with Dementia

Dementia is debilitating and can impose an enormous burden on patients and their families. People with dementia become less able to care for themselves as the condition progresses. Dr. Dwaipayan Sen share some tips that may help their families to cope include the following:

If you have any symptoms or questions related to Dementia, always ask a doctor.